The creation of Island GreenTech was initially rooted in llama love, orca rescue and a friendship between two men who like to help people realize their dreams.

Rex Stratton is an intellectual property lawyer with a long career in business law and management, litigation, corporate finance and secured transactions. He and his wife Barbara came to the Northwest from Montana, settled in Seattle and then found their way to Vashon because of Barbara’s longing to have llamas in their backyard.

Tag Gornall is a retired marine mammal veterinarian with an extraordinary career working all over the world, who had met Rex years before when Tag was saving an orca that had beached near an inn where the Strattons were staying on holiday. Tag also had settled on Vashon and as a friendship grew between them, they discovered a mutual interest in benefitting the Vashon community through sharing their combined expertise in business and law.

When Rex became president of Rotary, he helped arrange the gift of the Sheffield Building to the community. When he heard that Vashon Fire Service needed 250,000, he coordinated donors and the money was raised.

Tag was also full of energy and ideas, but with a decidedly humorous twist. When it was decided to raise money for Vashon Food Bank, islander Bernie O’Malley and other community members developed a holiday fundraising drive. And Tag joined the effort, donning an elf costume, stopping traffic in the center of town and together they brought in many pounds of change that amounted to $80,000.

One day, Tag and Rex found themselves in a brainstorm with Bob Powell, a local entrepreneur, engineer and metalworker who had been one of the first interns with Microsoft. The three of them came up with the idea to advertise a “business roundtable” gathering at Minglement, every Wednesday. Anyone on Vashon who had a Big Idea, was invited to attend and receive advice and coaching, to help their idea grow. The three men decided that their mission, after a consultation with Jay Becker, one of the original owners of the Beachcomber, was to “incubate green technology on Vashon/Maury Island.” It soon became clear that that name (which was an abbreviation for “Manufacturing”) was rather sexist, so they became Island GreenTech. Their energy and vision quickly began to take root and grow. 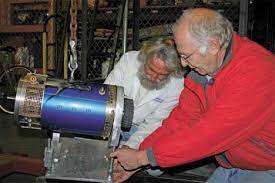 GreenTech brainstormed the development of the Vashon Electric Vehicle Association (VEVA), in order to assist islanders in converting their gasoline vehicles to electric. A space in the Sheffield Building was used for the conversion operation. 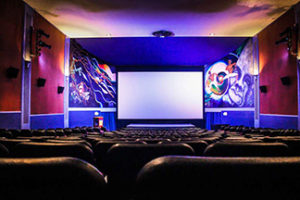 The Vashon Theatre was in trouble because it couldn’t afford to switch to digital projection. And GreenTech had by then developed a reputation for manifesting Big Projects. In fact, Eileen, owner of the Theatre, had already suggested to the Beachcomber newspaper that help was on the way, which Tag and Rex learned about when they got a call from the editor, asking for confirmation. More than willing to help, they opened a bank account to raise money, and word began to spread. In six weeks, $85,000 was raised—more than was needed! A digital projector, plus a new sound system was purchased.

There was the question of how a nonprofit like GreenTech could use the money for a profit concern like the Theatre. It was therefore decided that GreenTech would own the equipment for the benefit of the community and then let the Theatre use it. Meanwhile, GreenTech retained the right to reserve the theatre for Tuesday nights, when any Vashon organization can apply to present an educational film and offer a discussion on subjects like the environment, social justice, and other inspiring topics. 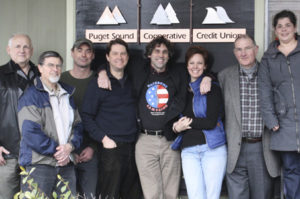 The next big idea crystallized with the desire for Vashon to have a local credit union, after Bill Moyer, founder of the Backbone Campaign, came to Minglement with Mark Graham, who was unable to finance his home weatherization business through local banks. Jerry Henley, a retired resident who had built a big credit union in CA, offered advice about how to proceed. Instead of creating our own credit union from the ground up, Tag had the idea to bring Puget Sound Cooperative Credit Union here. He learned about it after visiting the PSCCU booth, which was set up at a Vashon Earth Day event. In that first year, GreenTech raised an extraordinary 22 million in deposits—which astonished the credit union. Today, PSCCU is a very active financial institution that continues to serve the community well. 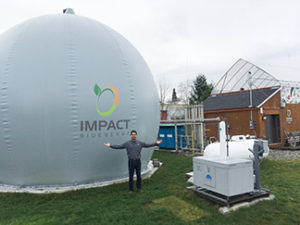 There was also a need to deal with residue from the local tofu factory by acquiring an anaerobic digester. A nonprofit was formed for that purpose and duly named ZeroWaste Vashon. By 2019, there was a digester established near the tofu factory. Another product now available is a probiotic plant food.

Since that time, ZeroWaste has grown in scope and influence as an organization in its own right, helping to develop a green waste disposal at the transfer station, as well as a very popular monthly styrofoam and plastics recycling concern. There are constant plans to improve its impact on the community. 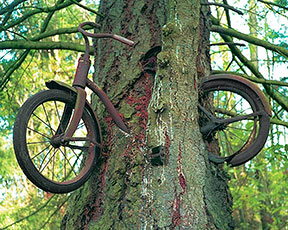 GreenTech has been a great go-between for the acquisition of all sorts of materials from island businesses: 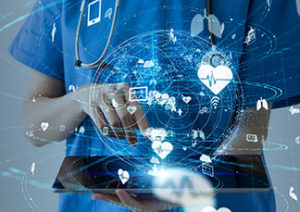 When it became clear that Vashon was going to lose the support of the Highline healthcare clinic, the establishment of the nonprofit status of a Vashon/Maury Health Collaborative was initially formed by GreenTech to study what challenges were stalemating consistent healthcare on Vashon. Franciscan came next, but did not work out either. A consultant was brought in from Portland to help look for another solution. NeighborCare was next, but when that also did not work out, The Vashon Maury Health Collaborative began an effort to get a bonafide hospital district established on the island. The Vashon Maury Health Collaborative is now a support for the newly formed hospital district, and there are some dedicated commissioners. SeaMar Community Health Centers fit Vashon very well as a community-based organization that has a versatile business model that can work here.